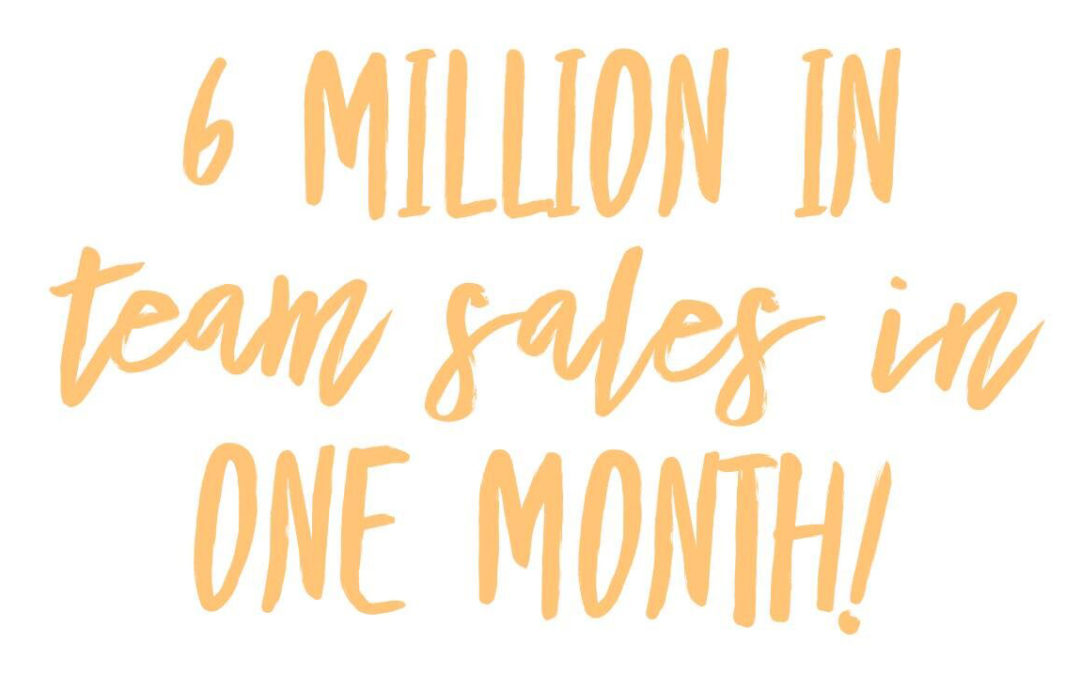 Let me repeat this for you. This four year old team sold six million dollars in the world’s most amazing cosmetics and skin care inside of thirty-one days. When it’s typed out like that, it’s really impactful, isn’t it?

Here’s what we want you to know most about a team that sells six million dollars… we didn’t start here. This all started with one beauty guide who had one dream and turned that dream into one sale, and one recruit, and then put it on repeat.

Six million dollars represents more that 18,000 Beauty Guides who also started the same way and are making their mark one sale at a time. Pride doesn’t begin to describe how we feel about changing lives one Beauty Guide at a time, but it’s a good start.